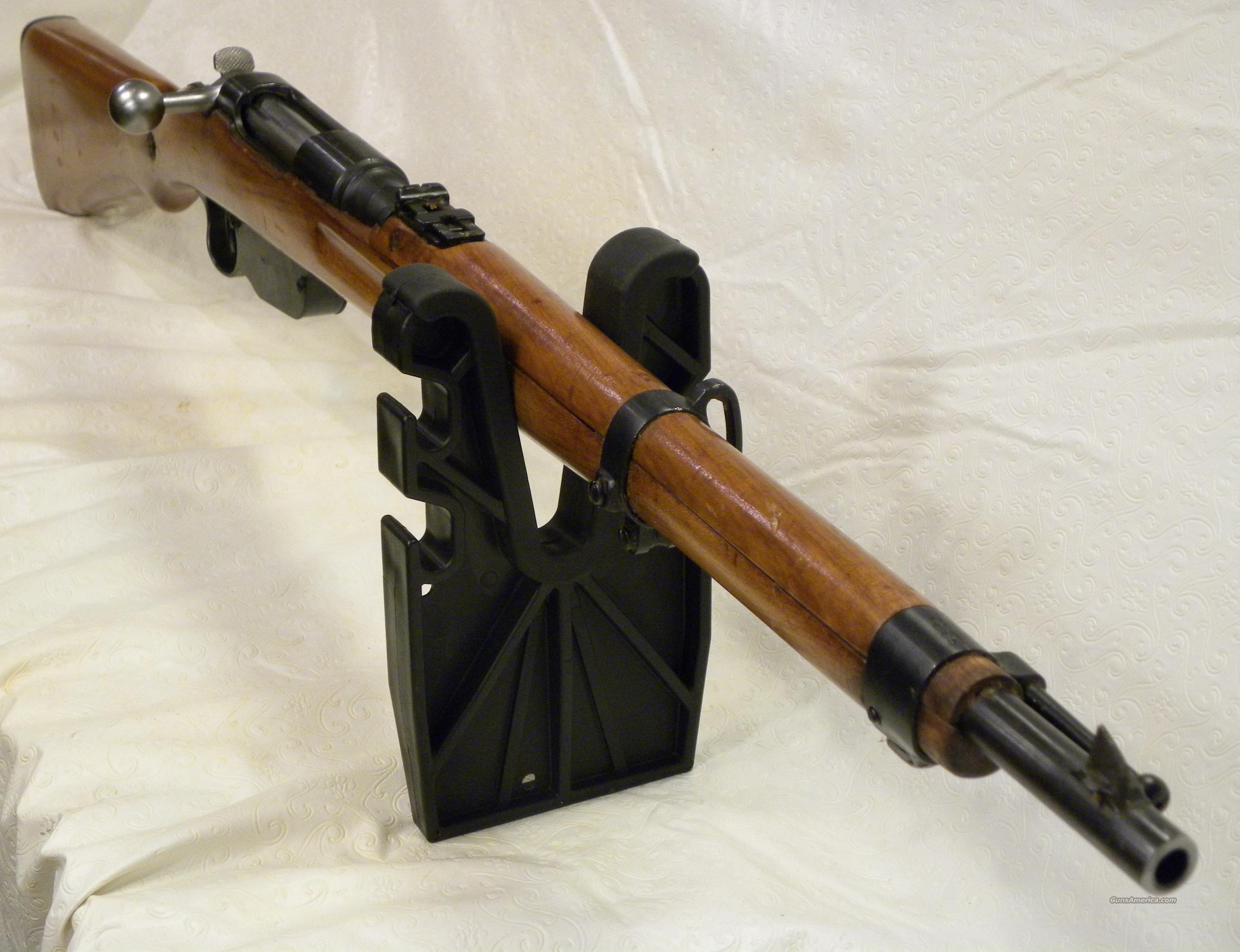 Barrel shank marked with the last 2 digits of the year, except a few early years when the last 3 digits were used. The difference between the single shield and the double shield is the change of Monarchy, which took place when Emperor Franz Josef died on November 21, 1916. Weapons which were acceptance marked during the reign of Emporer Franz Josef, were marked with a single shield. Weapons accepted after his death, during the reign of Emperor Karl I, were marked with either the double shield (Honvedseg) or double eagles (Landwehr).

As a result, all 'double' marked weapons will bear dates of 1916 or later. Occasional late war weapons are found with single marks, but these would have been marked with old acceptance stamps.

An article about the Mannlicher-Schoenauer Model 1952 Carbine. With the serial number. The Model 1952 was the last M-S with a. MANNLICHER SCHOENAUER SPORTING RIFLES gun model. The current manufacturer is Steyr-Mannlicher. Production started again in 1950 with serial number 1 until.

In Austro-Hungarian ordnance practice, the BARREL was the serialized part, not the receiver. (The barrel also carried the Acceptance mark, 'Wn Eagle date'.) On pre-1920 manufactured/assembled M95s, the barrel, receiver and Stock were numbered. This was done in the Germanic method (start at 1A, go to 9999A, then restart at 1B and so on, and repeat each ordnance fiscal year. On 'S' Reworks, (Post 1930), especially the Bulgarian ones, the Bolt was matched to the receiver (with Stamps or mostly Electro-pencilled) and the bands were also numbered with last two digits. Stocks on reworks are usually re-numbered (either on opposite side, or under original serial of stock. Sometimes three sets of stock numbers are evident. Serial numbers originally appeared on the left side of the receiver and barrel, side by side where they are joined, on the side of the stock parallel with the buttplate and the last two digits were found on a small flat spot on the left side of the top handguard just below the rear sight.

Austro-Hungarian bolts were never numbered, due to headspacing the rim of the cartridge, these rifles were not prone to headspace problems such as the Mausers were. No other M95 parts are numbered, but all parts should match by manufacturer code: 'K' for Steyr or 'R' for Budapest. A second Wn30 to Wn40 stamped over a previous Wn20 or earlier stamp shows the caliber change date. Single Wn30 to Wn40 stamp shows the gun was rebarrelled. 'HV' or other acceptance stamps maybe used. No new receivers were manufactured after 1918, however large stocks of unfinished and ready to assemble receivers were still on hands, and were assembled into complete guns.

The receivers carry the end of 1918 suffixes (X, Y, Z) with the acceptance marks Wn-19 (X,Y) or Wn-20 (Y,Z) barrel dates. 1919 accepted rifles fall within the H, I, and J serial number blocks of Steyr manufacture. Most 1919 and 1920 accepted weapons also have Czech proof marks (S lion #). During 1919-28 the Entente limited infantry weapon manufacturing in Austria and in Hungary to 3600 rifles per year each.

Gun parts were usually marked with an 'R' (Budapest manufacture) or 'K' (Steyr manufacture). The various stocks were made from walnut, birch, mahogany, oak, ash, elm and beech. The city of Steyr has been known for forging weapons since the 14th century. Thousands of muskets, pistols, and carbines were produced annually in the mid 17th century for the Imperial Army. 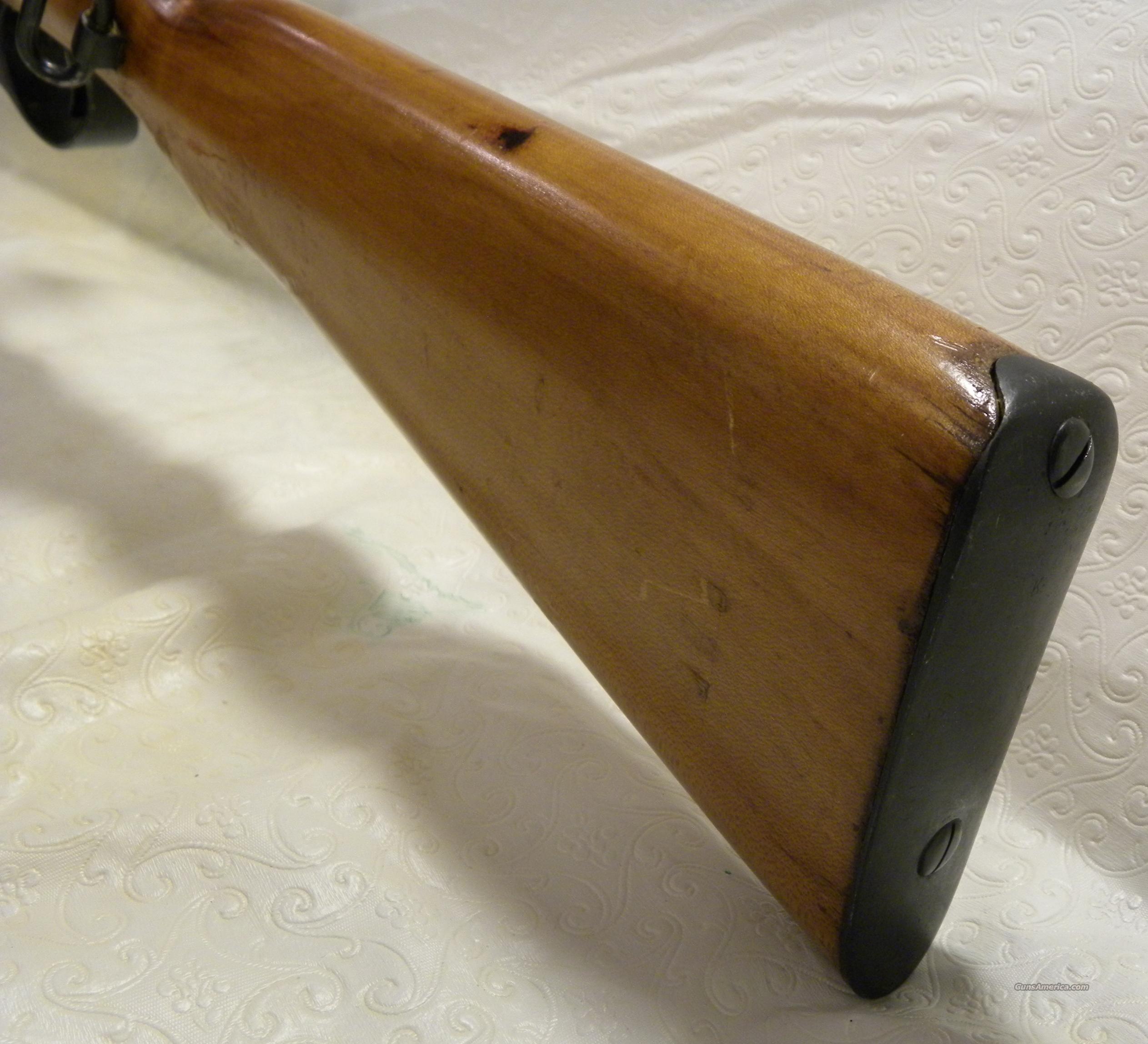 After his father's death, 24 year old Josef Werndl took over his family's weapons factory. On April 16th, 1864, Josef Werndl founded the 'Josef und Franz Werndl & Comp. Waffenfabrik und Sagemuhle in Oberletten' (Josef and Franz Werndl & Partners Weapons Factory and Sawmill in Oberletten), from which later emerged the 'Osterreichische Waffenfabriksgesellschaft' (OEWG, Austrian Arms-Manufacturing Company), and subsequently the Steyr Werke AG and Steyr-Daimler-Puch AG, of which Steyr Mannlicher was a part. First applied in 1890, the Mannlicher pistol model 1905, and the Steyr pistol M.1912 became milestones in auto-loading pistols technology. At the beginning of World War I, with more than 15,000 employees, production output was 4,000 weapons per day. After the end of World War I, weapons production in Steyr was all but entirely prohibited (part of the WWI Armistice), and in 1918, the company faced bankruptcy.

To survive, the company converted their machinery to produce cars. World War II provided a brief revival in weapons production. During the 1950s the famous Mannlicher-Schonauer full stock rifle experienced a renaissance.

Simultaneously, The re-emergence of the Austrian Armed Forces in the Second Republic was the base for a new start of military weapons production. In the 1970s, Steyr opened up new dimensions in military weapons development with a new assault rifle in bullpup design.

The StG 77 extensively utilized synthetic materials, and an integrated fixed optic. The export version became the AUG – “Armee Universal Gewehr” (Universal Army Rifle). The Steyr-Mannlicher M1895 rifle is an early bolt-action rifle, designed by Ferdinand Ritter von Mannlicher that used a refined version of his revolutionary straight-pull action (causing the Landser-nickname 'Ruck-Zuck' for this rifle). It was initially adopted and employed by the Austro-Hungarian army throughout World War I, and retained post-war by both the Austrian and Hungarian armies. The main foreign user was Bulgaria, which, starting in 1903, acquired large numbers and continued using them throughout both world wars.

Powerdvd. Numbers of these rifles also saw use in World War II, particularly by second line, reservist, and partizan units in Romania, Yugoslavia, Italy and to lesser degree, Germany. Post war many were sold as cheap surplus, with some finding their way to the hands of African guerrillas in the 1970s, and many more being exported to the US as sporting and collectible arms. The M1895 is unusual in employing a straight-pull bolt action, as opposed to the more common rotating bolt-handle of other rifles. It consequently renowned for combining a high rate of fire with reliability and sturdiness, although this requires decent care and maintenance with an extractor that is vulnerable to breakage due to a lack of primary extraction.

The M1895 was originally chambered in the 8x50mmR Mannlicher cartridge. Between the World Wars, both Austria and Hungary converted the majority of their rifles to fire the more powerful 8x56mmR Steyr round.

Greece and Yugoslavia converted at least some of their captured M1895s to 7.92x57mm Mauser, fed by stripper clips instead of the original model's en-bloc clip system. This conversion was designated M95/24 in Greece and M95M in Yugoslavia. The M95/24 is often mistakenly attributed to Bulgaria, but 7.92x57mm was never a standard caliber of the Bulgarian military. These conversions are prized by collectors for their relative scarcity and chambering in a commonly available round, but suffer from a fragile extractor and a lack of replacement parts. Here's a good page.