Tested on a Intel i5-3570K @3.40 GHz, 8 GB of RAM, GeForce GTX 970, Windows 7 The Phantom Pain begins with what might be the series’ most memorable opening chapter, a dramatic and disturbing jaunt through a burning hospital that walks you through the absolute basics. It also showcases the Fox Engine, as the whole prologue is a beautifully lit, silky smooth experience. It’s not until we get into the game proper, with Big Boss hitting Afghanistan, that we can truly appreciate The Phantom Pain, though. The arid expanse of the war-torn Middle Eastern nation stretches as far as the eye can see, punctuated by striking ruins, imposing cliffs and military bases. • Bar Code Printing from Oracle® WMS and MSCA This white paper describes both the XML middleware and XML direct-connect bar code printing options for Oracle WMS and MSCA offered by Zebra Technologies, explains Oracle’s output methods for each, and provides guidance as to when each approach is best suited to a particular environment. ZebraDesigner Pro White Papers • ZebraLink™ Solutions for Enhancing Zebra® Printer Business Integration This white paper introduces the ZebraLink software, firmware, and connectivity components, and shows how to maximize performance and value from Zebra printers.

The sun beats down on the landscape, bright and almost oppressive, as Big Boss takes his first ride on his horse. Impressively, the system requirements for The Phantom Pain are almost exactly the same as its much smaller predecessor. In fact, the only difference is the recommendation that your rig contain 8 GB of RAM instead of the 4 in Ground Zeroes.

Like Ground Zeroes, The Phantom Pain’s list of graphics options is neither remarkable or terrible, though they could do with more explanations and context. One of the issues with the last game was that a single options actually bundled in lots of different options, removing the ability to fine tune the game to a massive degree, though they still offered plenty of opportunities for fiddling. This is still the case in The Phantom Pain, though not to the same degree. One thing that’s immediately noticeable is that, despite the comparable system requirements, you shouldn’t expect to get exactly the same performance. The Phantom Pain is a dramatically different gamespace, and considerably more dynamic. The weather and special effects put more strain on PCs than Ground Zeroes’ more static base, and I did notice more fluctuations this time around. That said, I was still able to enjoy solid performance with even the highest settings.

The below image is everything maxed out, with Dynamic Super Resolution smoothing the image out even more. With these settings I was able to get an average of 50fps, only a little lower than Ground Zeroes.

At night, in large camps with lots of lighting, it dipped to the mid-40s, but only briefly. Turning a few options down to high and medium dramatically improved the performance, allowing me to get 60fps consistently unless there was some crazy weather and a lot of individual lights, where it would dip down into the mid-50s. Because I was happy with the performance with everything turned up, I didn’t feel the need to use these settings after testing, but honestly, the sacrifice is so minimal that knocking things down a notch for that 60fps sweet spot isn’t necessarily a bad idea. On the lowest settings, The Phantom Pain can still paint a striking scene, but texture pop-in and ugly foliage can be occasional eyesores. I recommend dropping effects, SSAO and other bells and whistles like volumetric clouds before reducing texture and model quality and see if that helps if you’ve been having performance problems. Let's take a closer look at the differences between the maximum and lowest settings with this lovely scene where Big Boss feels up an Afghan wall.

It’s outside of the graphics options where The Phantom Pain, like its predecessor, really shines. The degree of fine tuning that you’re able to do is quite impressive, whether it’s tweaking the camera, the control scheme or what information (if any) is displayed on the UI. I found it particularly enjoyable to remove the UI entirely, and just depend on my wits.

Sure, I died a few times because I didn’t have much information on my screen, but I felt a lot more like Big Boss. If you opt for mouse and keyboard controls, you’ll benefit from greater precision when it comes to shooting and the ability to remap the keys, though using a gamepad is just as viable, and it comes with multiple control schemes. I prefer the gamepad because I like to play from my sofa, but really it’s six of one, half a dozen of the other.

Players with older CPUs have been reporting some crashes, but an is apparently on the way, while there have been some online issues that have already been addressed. Take some time when you start up the game to read the notices about online play to get up to speed. I've yet to experience any problems myself, though I've only been playing the campaign. It is, at least, bug free for the most part, and the only time I noticed any oddities was when I turned the settings way down and was assaulted by lots of ugly texture pop-in, which is not a surprise. Before I wrap things up, I am a man who knows what you want, and what you want is lots of lovely bottoms. Come on, don’t be coy. Big Boss and his clones sport excellent posteriors, and we should take a moment to enjoy them.

Here’s a two for one, with bonus crack. As hoped, The Phantom Pain is another excellent PC port. Performance isn’t quite as good as Ground Zeroes on the same hardware, but given the game’s greater ambitions, that’s really to be expected. Regardless, if you could run Ground Zeroes, you’ll be able to run The Phantom Pain without too much of a performance hit using similar settings. If this is to be the last Metal Gear, and it certainly looks like it will be Kojima’s last, then at least it went out with a bang, with the definitive version undoubtedly being the PC version. Passed.

The cutscenes are epic as. the characters are deep and interesting.Troy baker done a damn voice job again,Mother base let you keep your own crew to develop weapon or go on missions.The enemy AI is pretty smart.They know how to find you and eliminate you.There is so much fun messing around in the battlefield and mother base.The whole game is just addictive that will makes you don't want to leave you computer for weeks. Still exploring the game,but in my scale this game is already the best game I played this year,even better than Witcher3(I cannot believe). This is my first Metal Gear game. And the game lived up to it's hype, somewhat. 'Somewhat', because the game is incomplete. Yes, technically This is my first Metal Gear game.

And the game lived up to it's hype, somewhat. 'Somewhat', because the game is incomplete. Yes, technically it's incomplete. The Chapter 2 was evidently rushed and Chapter 3 was entirely scrapped. The side missions are extremely boring as they get repetitive, barring the 'Important Side Ops' as they are linked to the story. The Afghanistan and Africa worlds are well designed but they still are not that great as there's no unique landmark or anything to explore as compared to open worlds of other games released this year like Witcher 3 or Fallout 4.

The fast travelling mechanic takes me average 3 minutes to go from one place to another. The Mother Base, no matter how much you expand, has nothing to offer you whatsoever. There's nothing and I mean nothing is happening on the Mother Base. Hardly there are couple of attractions (Including an animal sanctuary).The end might leave a sour taste in your mouth if you are a die hard Metal Gear fan and by now you must be wondering why I gave it a solid 8/10.

The Gameplay. It overshadows all the above mentioned issues and still makes it a 60 bucks game. I never felt so much in-control of a character in any previous game.

And what was the icing on the cake was the Fox engine which never let the game fall below the 60fps no matter how many things are happening on the screen. Frankly I don't care if my game is capped to 30fps or 60fps, but I enjoyed the smooth frame rate while I was blasting through tons of vehicles and tanks.

And yes, the game has re-play value. It's a must buy. 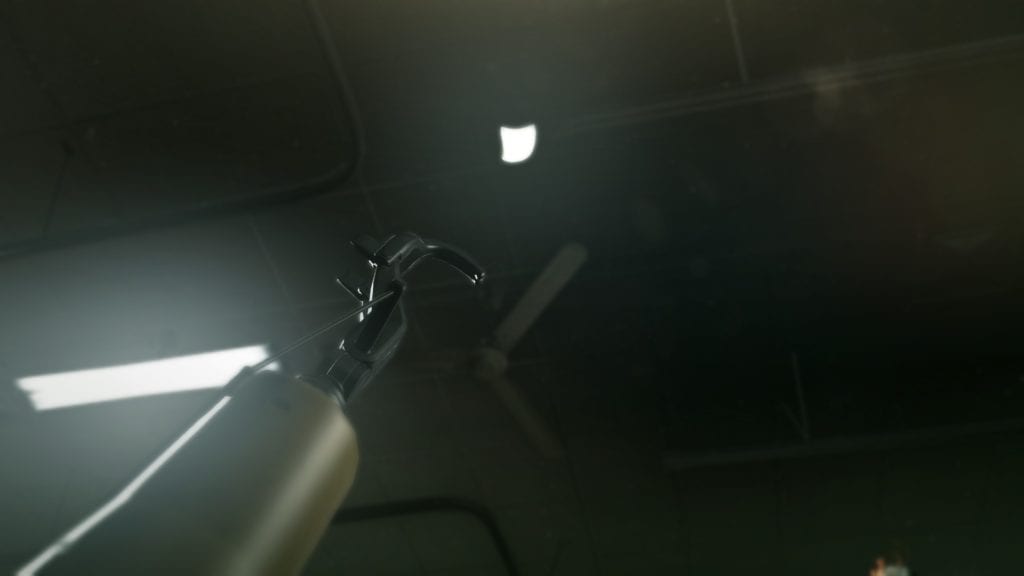 Kojima gave his best in making this one successful and it shows.